The Art of the Resume

If you ask 100 people about what a resume should be, you’ll likely get close to 100 answers.

And on and on. Most of it is conflicting, and pretty much none of it will work for everyone. These days, resumes are a crap-shoot. You’re likely not dealing with an actual person who will read your resume and evaluate it. You’re dealing with a key-word matching algorithm that is most likely not based on the skill they re actually looking for, but on the closest match to the keywords they have available.

I’ve been job hunting for a minute, and my resume generally gets great responses, and the feedback I’ve gotten recently via interviews has been fantastic. But it’s the same resume I’ve been using for many, many years. I update it, of course, but it’s basically the same thing. <yawn>

Then I was talking to a friend and old colleague of mine who put together his “unicorn” resume. (Someone called him a ‘unicorn’ … you know, that mythical employee that is impossible to find, but worth their weight in gold? Yeah, he and I have both been called that.). It was hilarious. He used the sort of lingo his daughters would use. Then he encouraged me to make one too. So I did. 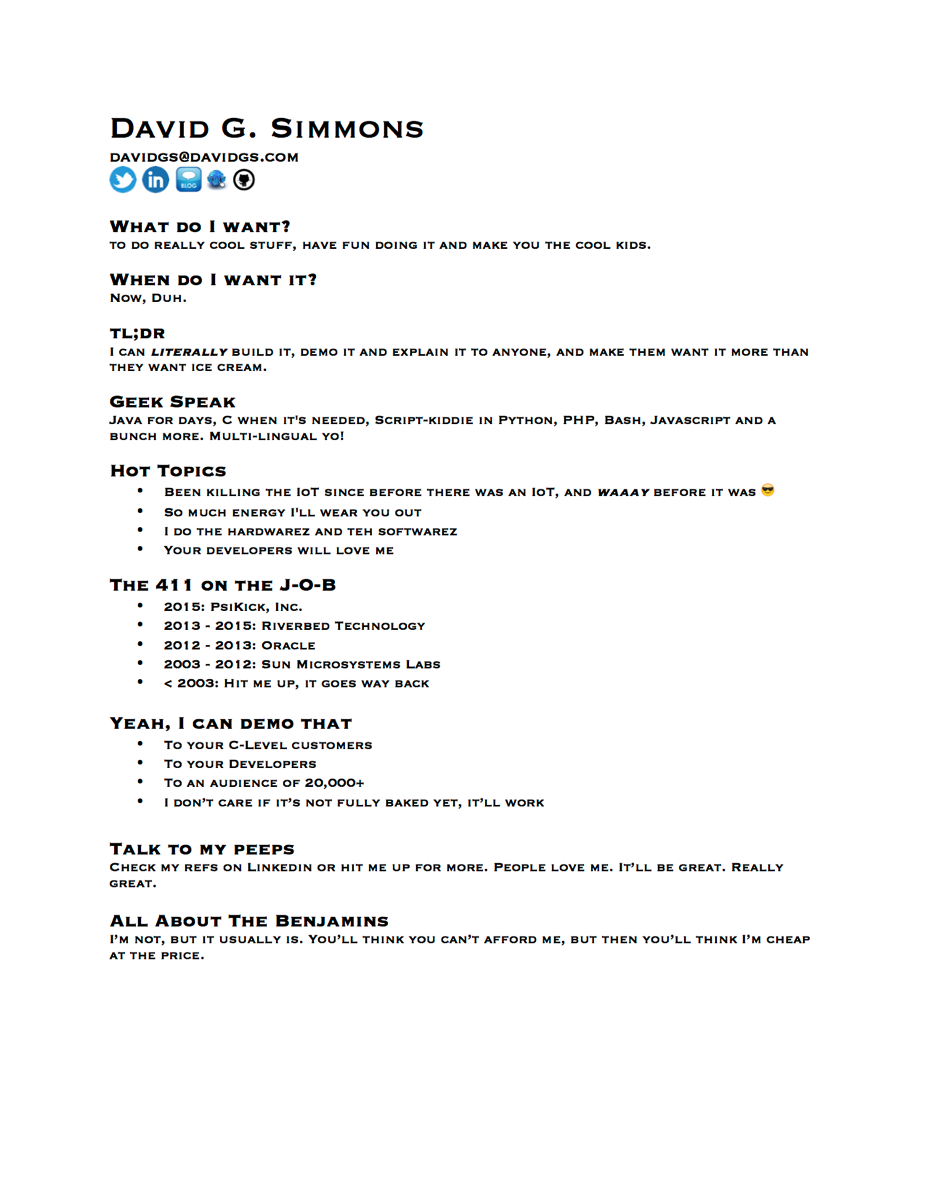 It’s too early to tell if it’s going to be any better than the traditional version. You tell me.

Better yet, hire me, and get your own unicorn!