I got my electric imp and imp breakout board from SparkFun last week, and I decided to check it out today and see what I could do with it in an hour. I’m re-stocking my Internet of Things (IoT) bag of tricks, and this is the first device I’ve gotten in a while, so here’s how that went. 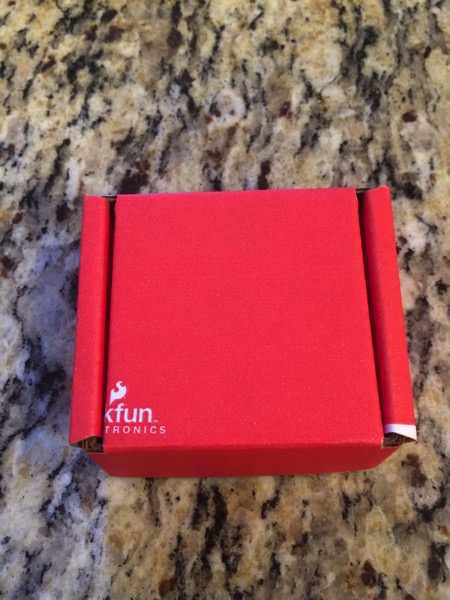 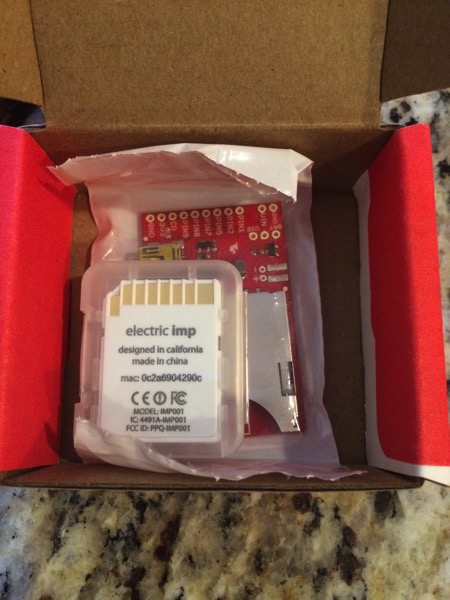 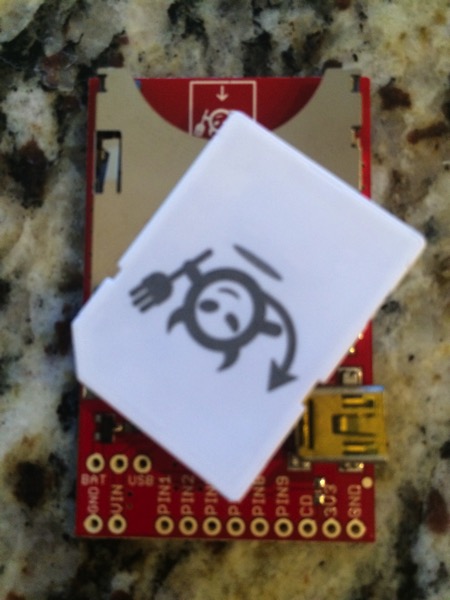 It’s actually a pretty nice bit of kit, with a Cortex M3 stuffed into a SSD Memory Card form factor. With WiFi included. That’s an awful lot stuffed into a very small package! I got to bust out my soldering iron and poke through my various boxes of parts and put some things together in order to get my hands dirty with the imp.

I will say that the mechanism for getting the WiFi configuration onto this device is … well, non-traditional. It has a small light sensor on the front edge, and you use your iPhone (or Android) phone to ‘flash’ the configuration. And by flash, I do mean flash. As in you enter your WiFi configuration into your phone, and then it literally flashes the display while you hold the Imp up to it. Needless to say, this mechanism is a bit imprecise. It took me a good 20 minutes and a number of tries before I managed to get it configured.

Once configured, I used the web-based development system (that is pretty nice) to extend one of the example programs. An interesting thing about the imp is that you can program on-device code as well as code to run in their cloud which you can access, and which will then interact with your device. So, as a first go, I pulled out some 300Ω resistors a couple of LEDs (a red one and a white one) and a bread-board. Here’s what I ended up with: 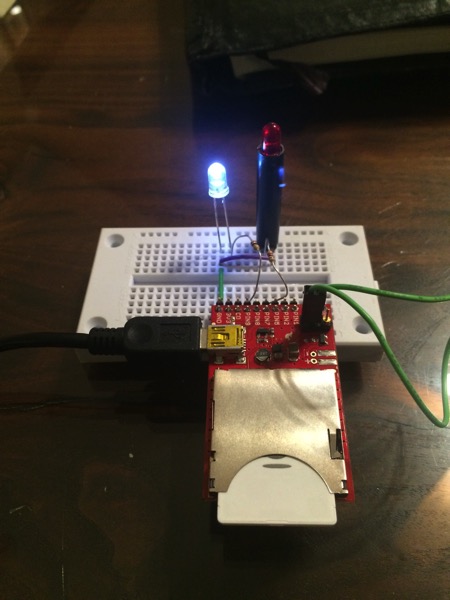 Yeah, I had to use a wire as a jumper. I can’t find any of my real jumpers. So sue me.

It’s pretty straight forward to write code for this device.  I also modified one of the sample programs to run in the electric imp cloud:

Improve this page
Prev
What is, and isn't, IoT
Next
Who's Going to Drive IoT Innovation