It’s been a minute since I’ve posted anything new, and I apologize to anyone that follows along here and has missed my posting. I’ve been a bit busy lately with the MyNewt Operating System for IoT. It’s new, it’s cool, and it’s a lot of work right now.

First we have the trusty STMicro STM32F3DISCOVERY board. Cortex M3 MCU with a bunch of LEDs on the board but no built-in networking. No BLE, no WiFi, nothing. 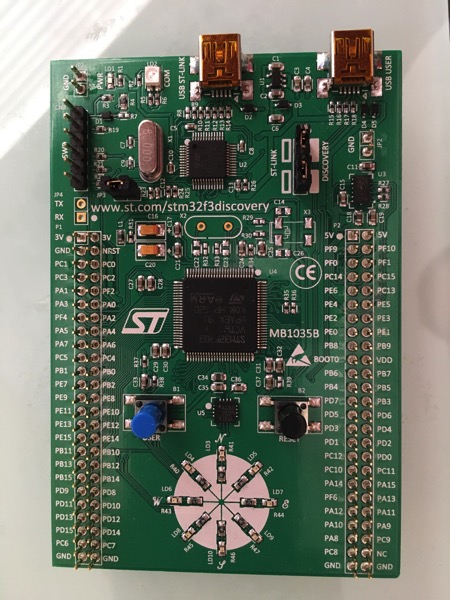 Next, the one I’ve been working on the most lately, is the Nordic Semi NRF52DK Development Board. This one has BLE built in, and I’ve been doing Bluetooth testing etc. with it. Very capable little board and the Nordic NRF52 is a near-ubiquitous IoT workhorse. 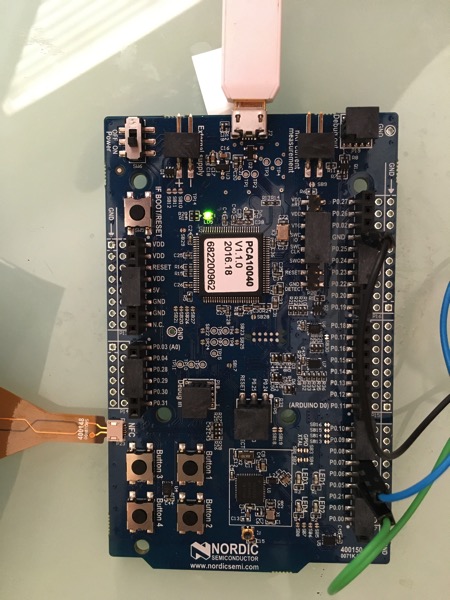 You can see that the LED is lit on that one, and it’s wired up since it’s the one I’m currently using.

Next up is this Arduino M0 Pro. Another Cortex M0-based board, but again, without a radio. 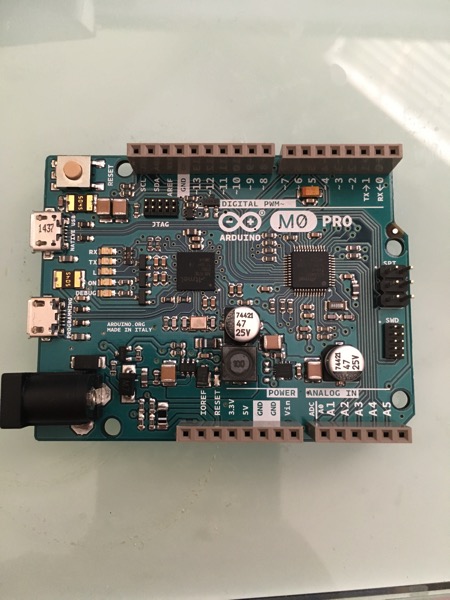 And the one I haven’t gotten running yet, the Olimex STM32-e407.  As I said, I haven’t even powered this one on as I seem to have misplaced my JTAG programmer, and the new one just arrived about an hour ago. 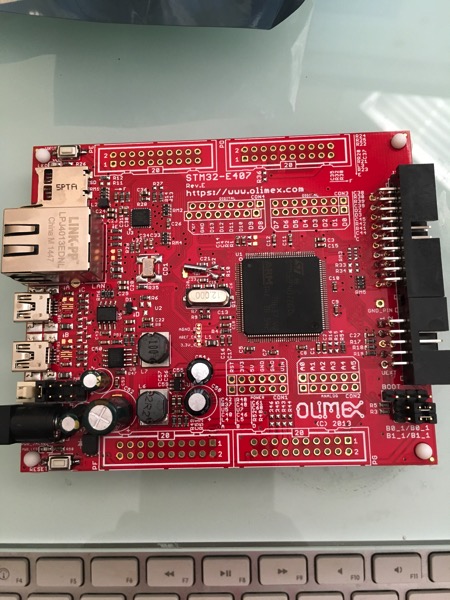 But now for the real excitement!! 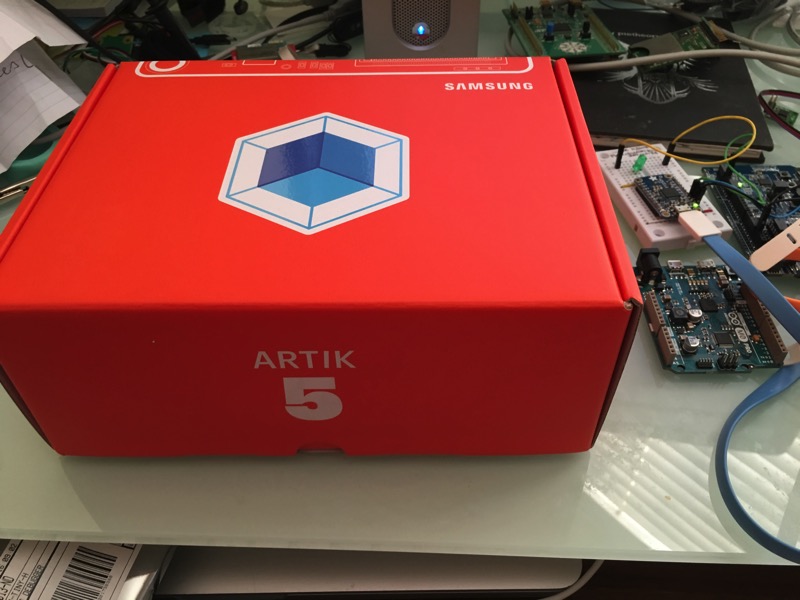 What did I say about the packaging? Sweet! 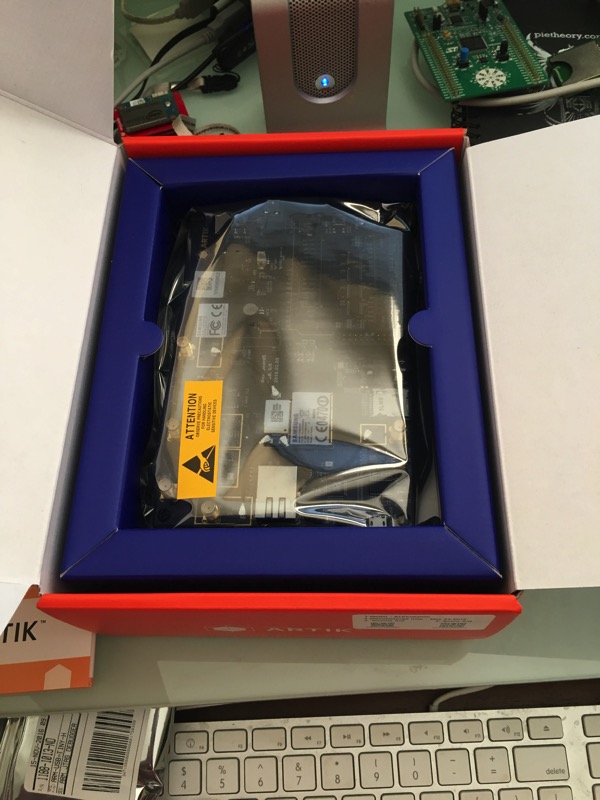 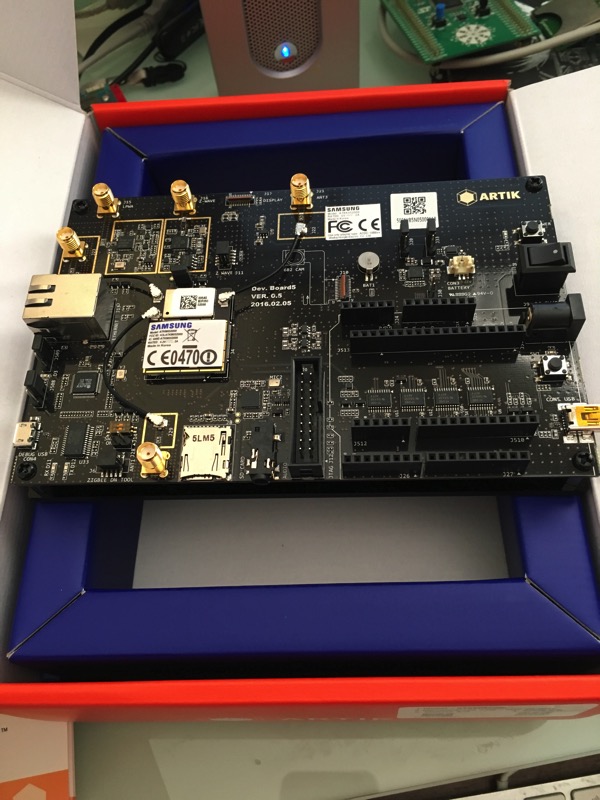 That’s a big board! With lots of possibilities! Underneath there’s all sorts of cables and external antennas, etc. but I won’t bore you with pictures of that. Mostly because I want to get on to the next one. 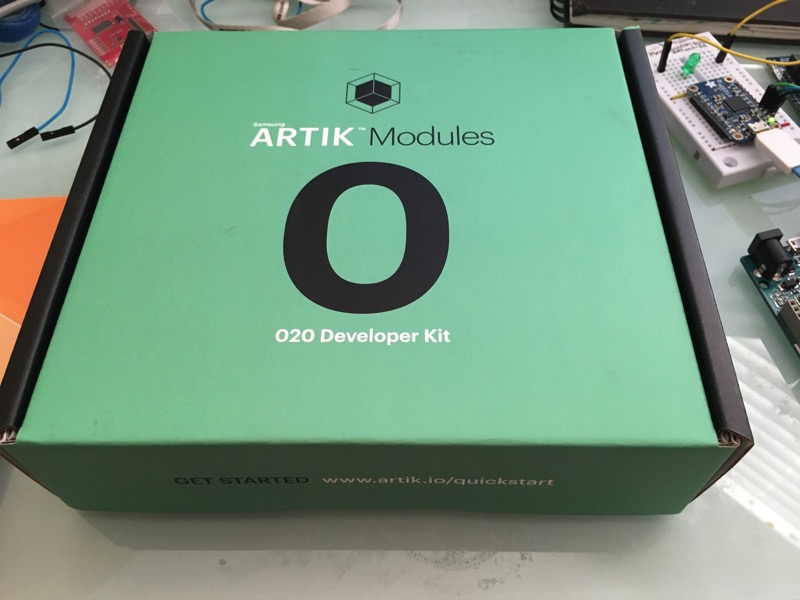 Again with the fancy box! 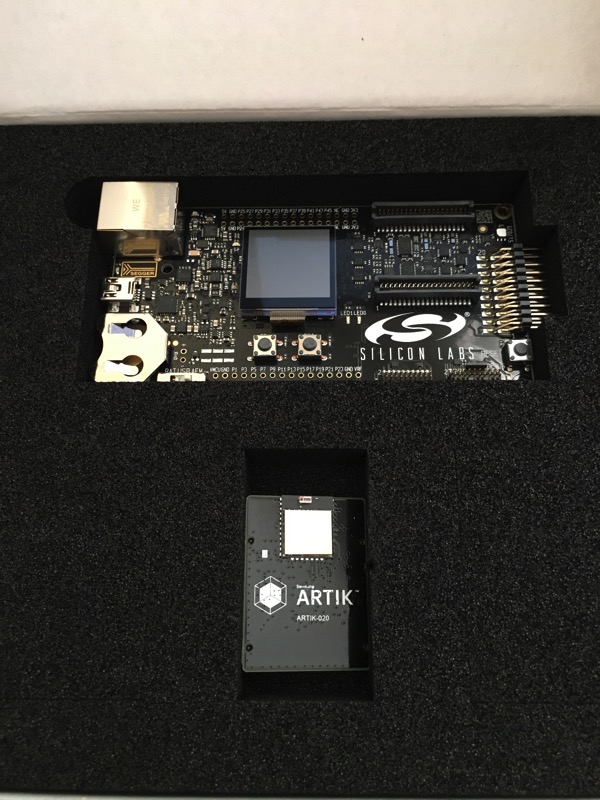 But no anti-static bag? Huh? Tsk tsk Samsung! It really should be in a bag. Both pieces. This one is really quite exciting, so I put the module on the board and just HAD to power it up. 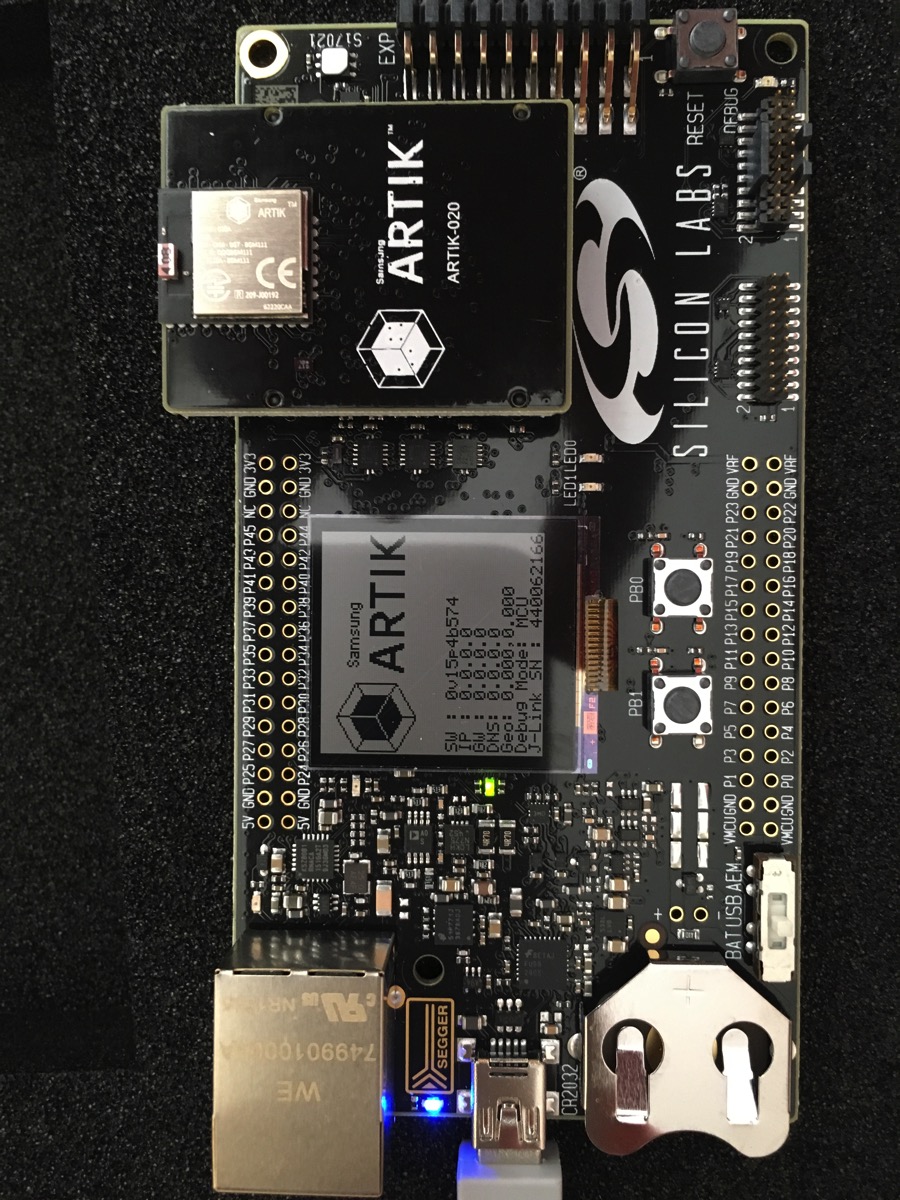 The little display comes on and everything. That’s about as far as I’ve gotten with it. Hopefully I’ll have some free time soon to play with these new Samsung boards, but I have to get some Mynewt stuff finished first!