A Proof of Concept for Camunda Platform BPMN with IoT

Looking to bring Camunda to the attention of the IoT Community by completing a larger IoT/Camunda Proof of Concept Project. This would entail an IoT Build, using Camunda Platform, documentation, a blog post, and promotion to the wider IoT Community.

Why pursue this project

In many of my initial discussions when joining the company, IoT was mentioned quite frequently as an important, but as-yet untapped market for Camunda Platform. In order to get Camunda ‘noticed’ in this market, which is vast, we need to start doing things that the community would possibly notice, and then track the engagements from those things.

This can give us important insights into whether or not the IoT market is interested in using BPMN to orchestrate tasks based on IoT data as well as be an introduction of Camunda to the IoT community.

It hits on many important aspects of what we do including community/customer feedback, increasing awareness, and engagement. In general, the overall IoT Market is doubling in size roughly every 2 years. This rapid and sustained growth makes it an attractive target for Camunda as we look for areas of expansion. 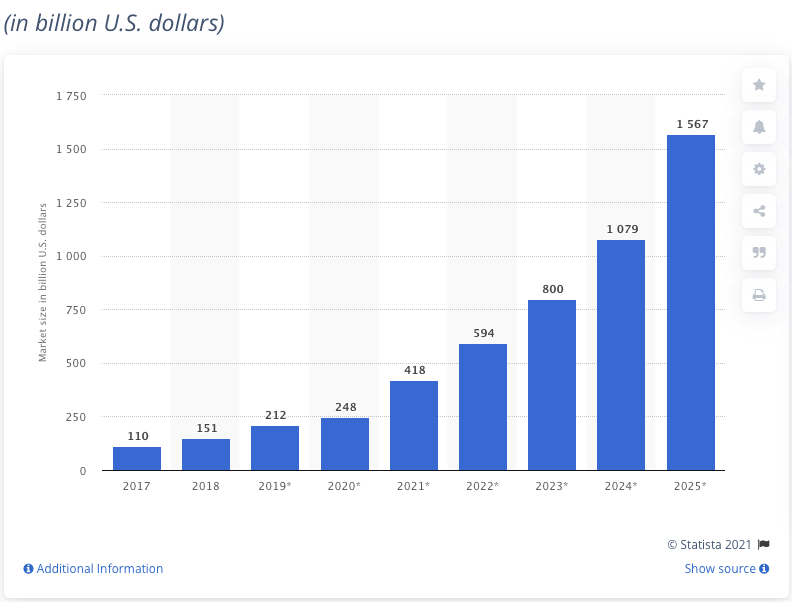 Success, in this instance, doesn’t mean just completing the project. Actually completing this project is not the hurdle. The real measure of success will be how much ‘attention’ and traction in the wider IoT community we can garner through this project.

Some of the metrics to collect and measure would be:

The OKRs around metrics I plan to use are:

How we will collect those Metrics

It’s important to note that, while we generally don’t track such vanity metrics as hit-counts, etc. this is really a test-balloon project to see if, and how much, relative interest there is around an integration between Camunda Platform BPMN and the IoT community. Since we are just gauging initial interest, simple, easy to track metrics make the most sense.

As mentioned, building automation is a potential target market for Camunda and IoT due to the high level of adoption, the requirement for complex orchestration, and the current push to move more systems into this area.

Fast-forward to today, and you have another game-changer: the Internet of Things (IoT) for buildings. At their core, these technologies intersect in some important ways, but it’s where the IoT veers off from BMS that makes it more valuable to facilities personnel as a management tool. This article examines how an IoT analytics reporting platform can enhance the performance of the BMS by offering feedback on energy efficiency—and how that change might impact the role of facilities managers.[1]

In a previous DevRel position I did a small project about calculating some environmental data like Vapor Pressure Differential, etc. which ended up being hugely popular. Apparently these sorts of calculations and data are extremely important in greenhouse operations. Maintinaing proper temperature, humidity, etc. is key to the success of a greenhouse operation and the ability to automate and monitor these things are a key need in the industry. 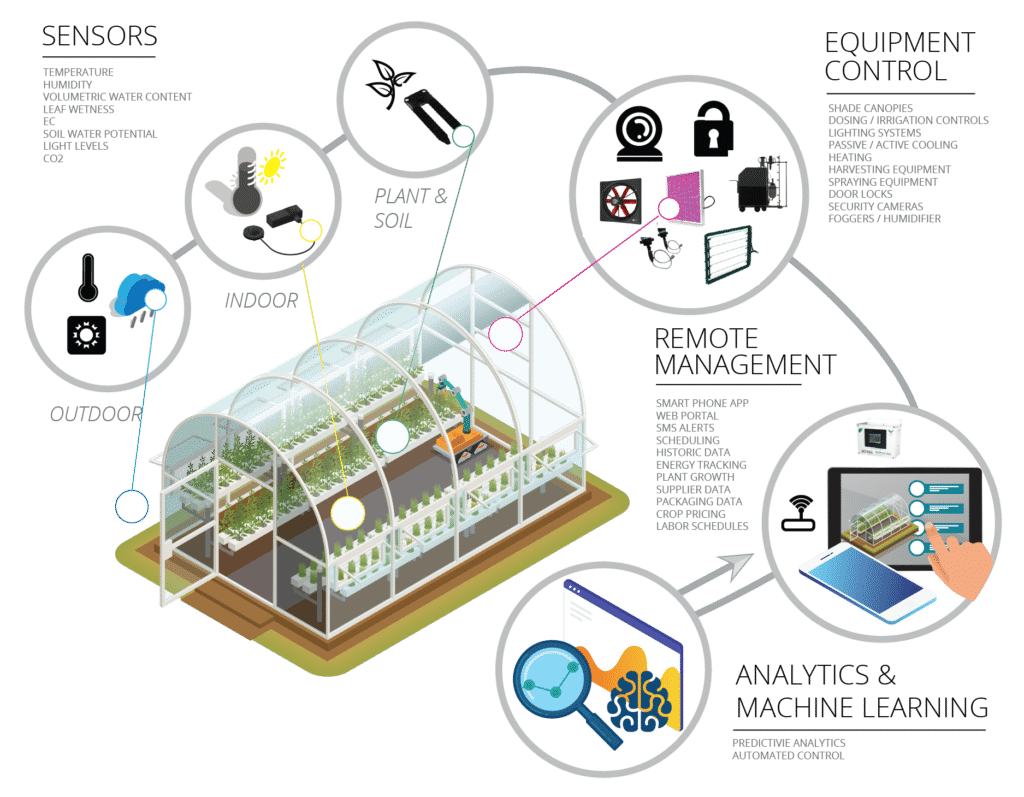 Greenhouse management is a subset of the larger building automation market segment but one that is growing faster than the overall BMS market.

This makes this an attractive target for a PoC.

This one is a bit of a wild-card. I started looking at what might work. I want the greenhouse to be able to have sensors in it (they are small), and at least one ‘actuator’ to open a window or something, and probably a fan too. We’re talking realistic here.

The larger desktop version at least has an opening that I could motorize to give some realism.

Note: @mary_grace and I have decided to start with the smaller, more portable one (given upcoming travel, etc.) and see how things go. We can move to a larger greenhouse if the smaller one proves an unworkable option.

Improve this page
Prev
Live Streaming Development
Next
Dealing With Me